Many people want to look young and fresh  after a lifetime of stress and living.

But they don't want the pain and long recovery time associated with actual surgery.

Mesotherapy, like many of the so-called "lunch-time" procedures developed in part to fill that void.

The question then becomes  "Is this pie in the sky"?... Or put another way, is it realistic to expect that profound and lasting changes to our appearance can take place with so little investment of time or effort?

This article delves into injection lipolysis treatment and what you can realistically expect from it. 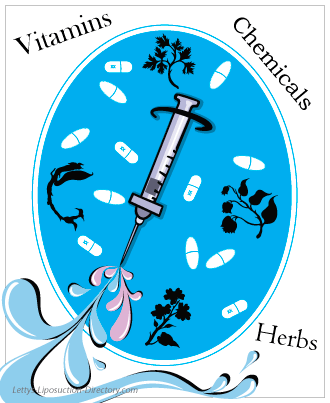 In modern times mesotherapy is a non-surgical, cosmetic therapy used as an alternative to liposuction.

More specifically mesotherapy is a technique that involves injections of medicines, herbs, and or vitamins into the dermal and hypodermal layers of skin for the purpose of corrective treatments, cosmetic enhancements, or for medicinal purposes.

Scientist have found that superficial injections into the skin layers remain in the area longer than they would if the injections were into deeper layers of tissue  because the substances are cleared a lot slower by general circulation.

The idea with injection lipolysis and other "lunch-time" procedures is that the treatment will be quick, and non-invasive so that you can return to "work" or your normal routine immediately afterwards.

What is it is used for?

Mesotherapy is really just the mechanism to deliver multiple kinds of therapies for different conditions. Among them are:

And the list goes on. Many conditions are treated with injectables to the middle layers of skin. As you can see they aren't just cosmetic. There are many medical applications for this injectable technology as well.

The following table lists the substances that have been used in injection lipolysis treatment and some of the uses that they have been put to.

The list goes on and on. And these are just a few of the wide-ranging list of medicines, vitamins, and chemical compounds used in injection treatments.

The goal with treatment is providing the body things it does NOT currently have to promote a positive change.

Is it a substitute for liposuction?

The answer is - perhaps.

Liposuction involves the physical removal of fat using surgical techniques. Injection therapy aims to dissolve the fat with injected chemical substances  and have the body's natural processes clear that fat eventually. The goal of both mesotherapy and liposuction is to reduce stubborn fatty deposits that are resistant to diet and exercise.

So  as you can see  the desired outcome for both techniques is the same and potentially one may substitute for the other. Now how they achieve that goal is vastly different in terms of expense, associated pain, and invasiveness of the technique. Liposuction is surgery and all that that implies.

Lipo is invasive, involving deeper cuts into the skin, and more extensive disruption of tissues. Because of this  liposuction require more expense, surgical expertise, and recovery time.

But there's some controversy about how effective injection lipolysis is.

What is the controversy?

Currently the technique is not FDA approved (although the individual substances may be approved). So there is some controversy because not enough evidence has yet been gathered to prove its effectiveness, or general safety.

In fact, here in the US mesotherapy is a relatively unregulated practice. Standards for training and education and for who can perform the procedure haven't been developed on a national level.

So - potentially - highly questionable individuals can perform the procedure.

What are the side-effects?

So, you might be thinking: "What's the big deal?... It's not like we're talking about real surgery!" However, the truth is that although mesotherapy might sound harmless  there are significant risks.

Some of these consequences are more serious than others. An important disadvantage that mesotherapy poses is that negative consequences can be highly visible. This is because the injections happen at a very superficial level.

So, often times when things go badly  everyone can see it.

What is take-home here?

Because of the potential risks to health and beauty it becomes even more important for patients to seek out qualified practitioners.

A good place to start if you are convinced that this is for you is with a board-certified dermatologist - preferably one who has lots of experience with the technique and has had many evident success stories.

Ultimately you will have to use good judgment and be very critical when selecting a treatment practitioner or facility.

After all, your well-being is on the line.

Find out what a taskforce of physicians has to say about mesotherapy:

In Summary:  Whether you are considering mesotherapy, alternative to liposuction, injection lipolysis, or lipo alternatives - Letty's Liposuction Directory is your up-to-date source for terrific liposuction information... AND above all else - we are completely committed to your health and safety. Please read our complete Medical Disclaimer here.