If you are looking for the latest liposuction research - then you have come to the right place.

This article discusses some of the recent liposuction discoveries and/or the lipo news - that is being talked about currently.

Have you ever wondered what purpose fat serves?..

Or perhaps you are thinking about how the recent recession is affecting the plastic surgery business?...

Turns out that fat cells are much more than just simple storage sites for the extra calories we pack on from our midnight snacking... 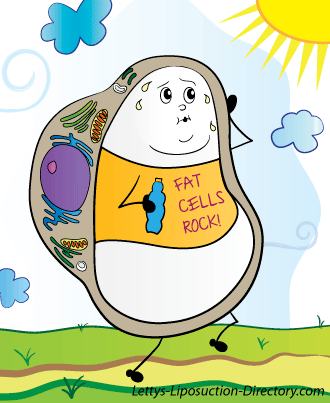 Fat cells release important hormones and other molecules that can have a major effect on nearby tissues.

AND these substances can travel throughout the body and affect major organs and tissues such as the brain, pancreas, adrenal glands, central nervous system, the heart, skeletal muscle, and the liver.

In fact, fat tissue is itself the largest endocrine organ of the body.

This knowledge represents a major shift in the understanding of fat. It used to be that fat was thought of as a passive storage site for energy from food. It was thought that when excess calories are eaten  they are stored as triglycerides. AND when energy is needed by the body fatty acids are released for energy usage.

Although this is true  it is only one small part of the proper functioning of fat.

Under normal weight conditions those chemical signals produced by fat can suppress hunger, utilize glucose, and decrease cardiovascular disease. Under conditions of obesity, that chemical signaling become abnormal and contributes to chronic diseases such as chronic inflammation, metabolic disorders, diabetes, and heart disease.

And finally under conditions of too little fat (i.e. starvation, anorexia, etc.) this chemical signaling also goes haywire and can have a negative impact on every major organ of the body, as well.

With the new understanding of fat we must take steps to keep our fat healthy.

Strange as that sounds  our fat is an organ that needs our attention not unlike the attention we give to the heart and the cardiovascular system. That's right. Diet and exercise  the magic formula for maintaining everything else is also super good for our fat tissue as well.

So, the take home is that fat is not the villain that we've seen it as in the past.

Liposuction - No Longer The Most Popular...

In 2008 for the first time  liposuction dropped from the top position to the second most popular plastic surgery procedure in the USA. So, what is the most popular procedure?...

You've got it. Breast enlargement!

According to statistics from the American Society of Aesthetic Plastic  over 355,671 breast enlargements were done in 2008 as compared to a measly 341,144 liposuction surgeries.

How The Current Economy Impacts Demand...

You have to Watch This:

Discover a new 2010 liposuction procedure soon to be approved by the FDA...