The History of Liposuction

The History of Liposuction:

This article discusses the history of lipo.

Find out just how this procedure came to be and what was involved in its evolution over time.

Just how did it come to be so popular?...

There are certain factors that have fanned liposuction's popularity around the world - and grown it into the global phenomenon that it has come to be.

Let's not waste another minute... Read more below.

Liposuction  also known as lipoplasty is the surgical removal of resistant fat by means of an "sucking" (or suctioning) device called a cannula. 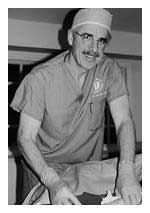 Jeffrey Klein, a dermatologist in California, is the father of modern liposuction. His specific contribution was developing the techniques that allowed liposuction to be a less bloody technique - requiring much shorter recovery times.

When was liposuction introduced?

This is actually a very good question.

Liposuction was intially developed in 1974 by Dr. Giorgio Fischer who was a gynecologist from Italy. His original form of liposuction was improved upon by two other physicians in France - Drs. Illouz and Fournier - around 1978.

But it wasn't until 1985 - when a dermatologist in California, USA - Dr. Jeffrey Klein improved the procedure that it became the modern procedure that we know of today.

What's the story behind the invention of liposuction?

In its first manifestation it was developed as a dry-technique where fat was removed without any introduction of fluid. These original methods where associated with much blood loss, and patients frequently required a post-operative blood transfusion.

Dr. Klein revolutionized liposuction surgery when he developed the tumescent technique (tumescent meaning "firm" and "swollen"). This technique was a wet technique in that anesthetizing medications and fluids were injected directly into the areas to be liposuctioned.

The result was that the surgery could be performed without general anesthesia, and blood loss was minimized.

To the present day  the tumescent technique remains that standard for liposuction surgery.

What is the take home?

The history of liposuction is an evolution of people and events - all conspiring to solve the problems that arose with the early liposuction procedure.

The end result is that - today's liposuction is a relatively straightforward, safe, and inexpensive procedure. All of these are factors that have influence and enhanced its popularity.

In Summary:  Whether you're looking for history of liposuction, history of lipo, or when was liposuction introduced - Letty's Liposuction Directory is your up-to-date source for terrific liposuction information... AND above all else - we are completely committed to your health and safety. Please read our complete Medical Disclaimer here.